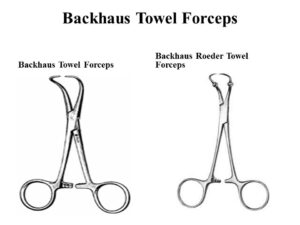 Backhaus towel clip used to hold towels and drapes in place. The difference between normal and Roeder type is Backhaus towel forceps with the ball at the near end to avoid piercing of towel inside the instrument beyond the ball. Mayo towel clips otherwise called Backhaus clamps 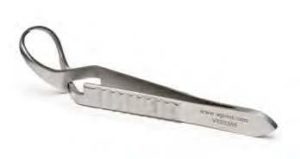 This clamp  used in clamping the towel which has two prongs with one prong in opposite align together to hold the towel in draping. 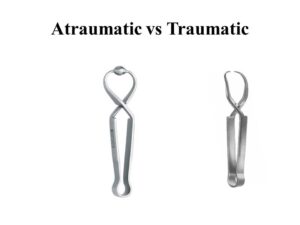 Doyen cross action looks similar to mayo towel clips, the only difference in the instrument in angulation and end of the instrument. See the image below